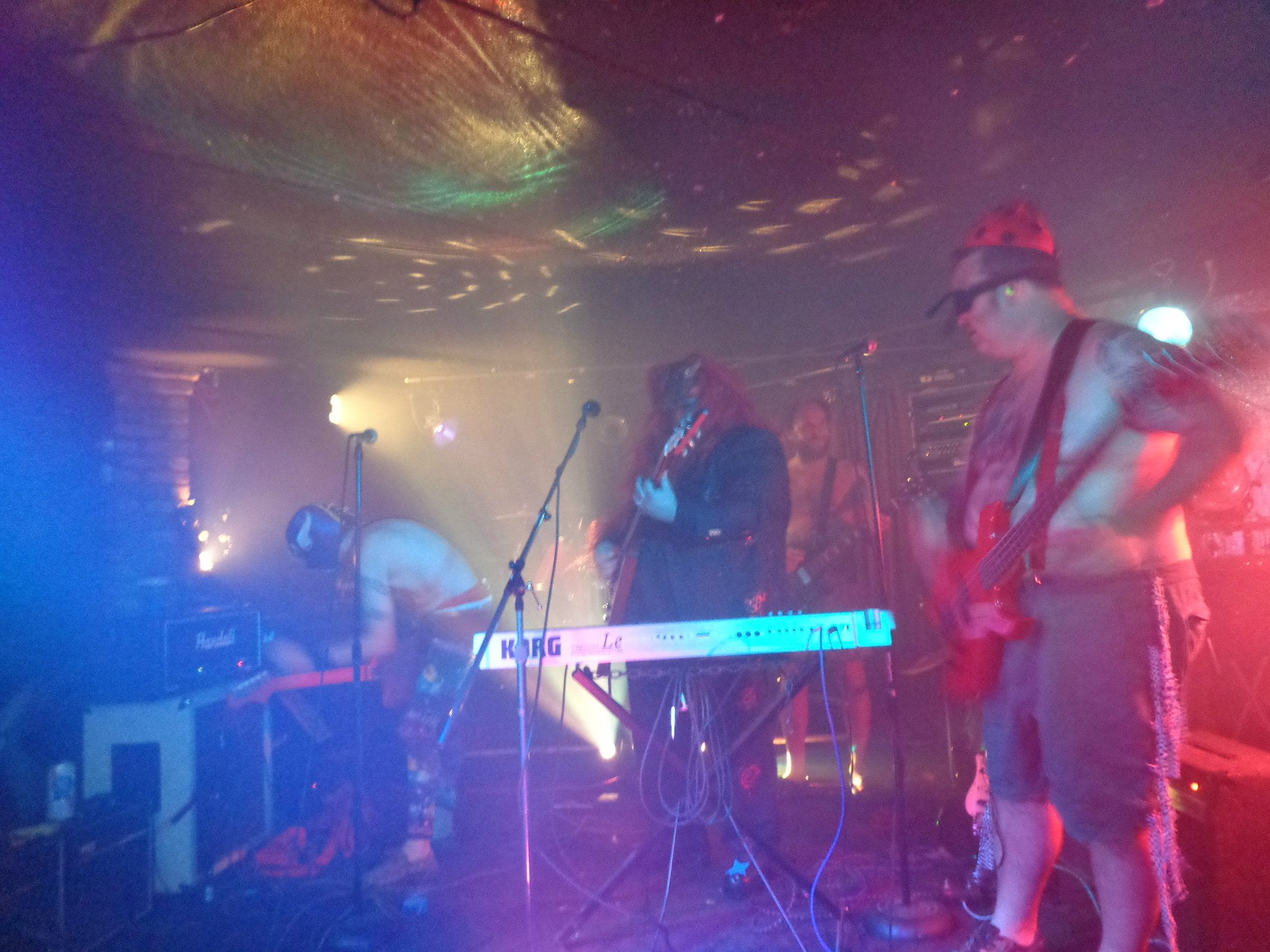 REVEREND POKY BUNGE is a kaleidoscopic genre-bending festival of rock and roll butchery. The themes were often moronic, filled with toilet humor, and always politically incorrect and satirical. The Reverend Poky Bunge Band Rock and Roll Show WAS!! an exiting, colorful, sometimes disturbing, and always entertaining thing to behold! With vulgar themes, it was not for the easily offfended and was intended to isolate it’s audience.

From the get go, Reverend Poky Bunge set out to stand apart from everyone in the scene and become an island unto itself by going out of their way to ignore trends, fashions, commercialism, and seriousness. From 1993 to 2003, Reverend Poky Bunge tore up a lackluster local music scene with their wild shenanigans and bizarre stage shows, garnering the worldwide recognition as the original progenitors of the Tardcore musical movement, only to fall apart after two of the original members had fled to the hills, with the Militias, in anticipation of the failed Millennium Apopyclypse.

In 2005, after many false starts, people leaving and then returning, then leaving again, a few commitments, one member driven nuts by the music, a religious conversion and subsequent excommunication, substance abuse and then full recovery (with plenty of sunshine), Reverend Poky Bunge released a retrospective of their songs from that decade, with re-recorded versions contained in the album on one CD, “Decade of Deficance,” celebrating over ten years of The Bunge! Which of course means 12 YEARS in the world of BUNGE. In 2008 under the shortened name BUNGE, minus one member, the band released Rock Strong in 2008. This would be the only release under the shortened band name title.

They changed the name back to Reverend Poky Bunge after determining that no one could find them on Google search under the new name (instead only finding the Bunge corporation, and bungee jumping, and of course several people with the last name Bunge). In 2011  they had an overhaul again, and the band reformed as a five piece with new drummer “Colorado Dan Ben Wah” and guitarists “SivleYelserp” and “Öhrwurm Von Krankenkartoffel”. In December of 2012, Colorado Dan Ben Wah quit the band while in the middle of recording. The two guitarists remained. in December 2012 (in fact the very next week) Colorado Dan Ben Wah was replaced by a new drummer Evil Viking Shorthand.